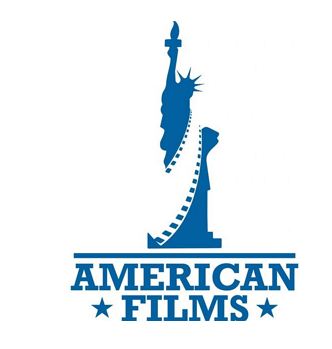 American Films (OTCMKTS:AMFL) has one-of-a-kind proprietary processes and technology, such as FACTERRA, a web-based evidence-gathering program that identifies instances of copyright infringement. It lets the company pursue intellectual property protection litigation on behalf of copyright owners. American Films owns, develops, and acquires intellectual property, which it seeks to monetize at higher rates through proprietary technology, litigation, and asset digitization.

American Films, Inc. announced on August 16, 2022, about redeeming 13,421,000 shares of its common stock. It will reduce its total shares issued and outstanding by around 20%. Moreover, the company has reduced its legacy debt balances by over $1.2 million, or approximately 68%, since the fiscal year-end 2021.

Chief Financial Officer of American Films, Jamie Warren, commented that significant focus over the last few months was placed on transitioning the financial position of the company to healthier capitalization levels. This activity strengthens the Company’s balance sheet and drives value for its shareholders.

Geoff Lee, President, and Chief Executive Officer added that the main focus of the management team is to boost value for shareholders while delivering on the global strategy around IP protection and monetization. This material debt reduction and share redemption is a positive development for the Company as it moves into its next phase of growth.

American Films Announces Updates to its Board of Directors

On July 29, 2022, the company announced updates to its Board of Directors.  Craig Campbell, a director since 2020, was elected as Chairman of the Board, and John Carty has stepped down from the Board, effective from July 27, 2022. Geoff Lee thanked John for his contribution and long-time support and wished him the best in future endeavors. He welcomed Craig as Chairman and was certain that his tenure and deep knowledge would support the company as they continue executing its global strategy as mentioned above.

American Films announced on April 11, 2022, that Geoff Lee was appointed to the Vital4 Advisory Board. Vital4 is one of the leaders in providing global corporate risk and compliance technology solutions to protect against financial crimes, terrorism, bribery, and corruption.

Kristin Stafford, the co-founder of Vital4, had said that she, along with Amy Barbieri (her co-founder) had the pleasure of knowing Geoff Lee over several years, as were associated with the global data and background screening industry. She emphasized that appointing Geoff as an advisor is the right move as he brings over three decades of domestic and international data security and compliance expertise, to the table. Geoff Lee is equally excited to join Vital4, as they continue the expansion of their global footprint in the fight against copyright infringement and piracy. It is important to be associated with the right and established partners at this time.