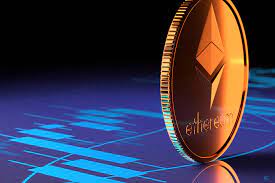 Grayscale Ethereum Classic Ord Shs (OTCMKTS: ETCG) has a 52-week high of $96. The stock exited the market at a share price of $25.25 yesterday, albeit it was down 5.43%. Over the last five days, the stock has continued to remain in the red zone. A month ago, ETCG was trading close to $42.07. Its average share trading volume is 562.18K. The company has recently announced that its parent firm, Digital Currency Group, Inc., has authorized it to buy ETCG’s shares worth $50 million. Digital Currency Group is planning to use this raised amount to make purchases in the open market. The discretion to use the fund in open market vests in management.

Purchase of shares is not confined to DCG to acquire a certain number during a given period. It may be modified, expanded, discontinued, and extended at any time. The company said that the real-time value and amount of shares depend on multitudes of factors, including present market conditions, price, and availability of cash.

Previously in March and May 2021, ETCG’s parent company had announced similar moves when it declared $250 million worth of purchase from Grayscale Bitcoin Trust (GBTC), its flagship product. Later, Digital Currency Group had increased GBTC share purchases for an amount of $750 million.

The company had a good show when the year started, but it did not go beyond the beginning of May. The shares started fumbling, much like others in the crypto market. Grayscale Investments is the world’s largest digital asset manager with more than $32 billion under management. In April, the AUM of the company had crossed a milestone of $50 billion after it reached its all-time high.