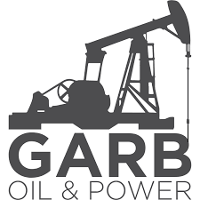 Sometimes the sheer magnitude of the gains may make it necessary for investors to look into a stock even if there is no news that that may have triggered the rally.

The Garb Oil and Power Corporation (OTCMKTS:GARB) emerged as one of the major gainers yesterday as investors piled on to the stock in a big way and sent it soaring by a staggering 9900% amidst heavy trading. Those are enormous gains and in light of such gains, it is likely that the stock is going to come on to the radars of many investors today.

While it is true that there has been no news about the company it might still be a good idea to take a look at the Garb Oil’s business in order to have some understanding. The company is involved in recycling waste and associated waste to energy businesses. Its operations are based out of the United States.

In the past, the company had been known as the Garb Corporation but it changed its name to Garb Oil & Power Corporation in February of 2014. The company had actually been established back in 1972 and is based out of Florida.

GARB stock was the biggest percentage gainer and soared 9900% to close at $0.0001 on Wednesday with more than 233.12 million shares traded hands, well above its average volume of 135.46 million shares.